If you believe in making life better for Bigfoot, you need to buy this sticker. 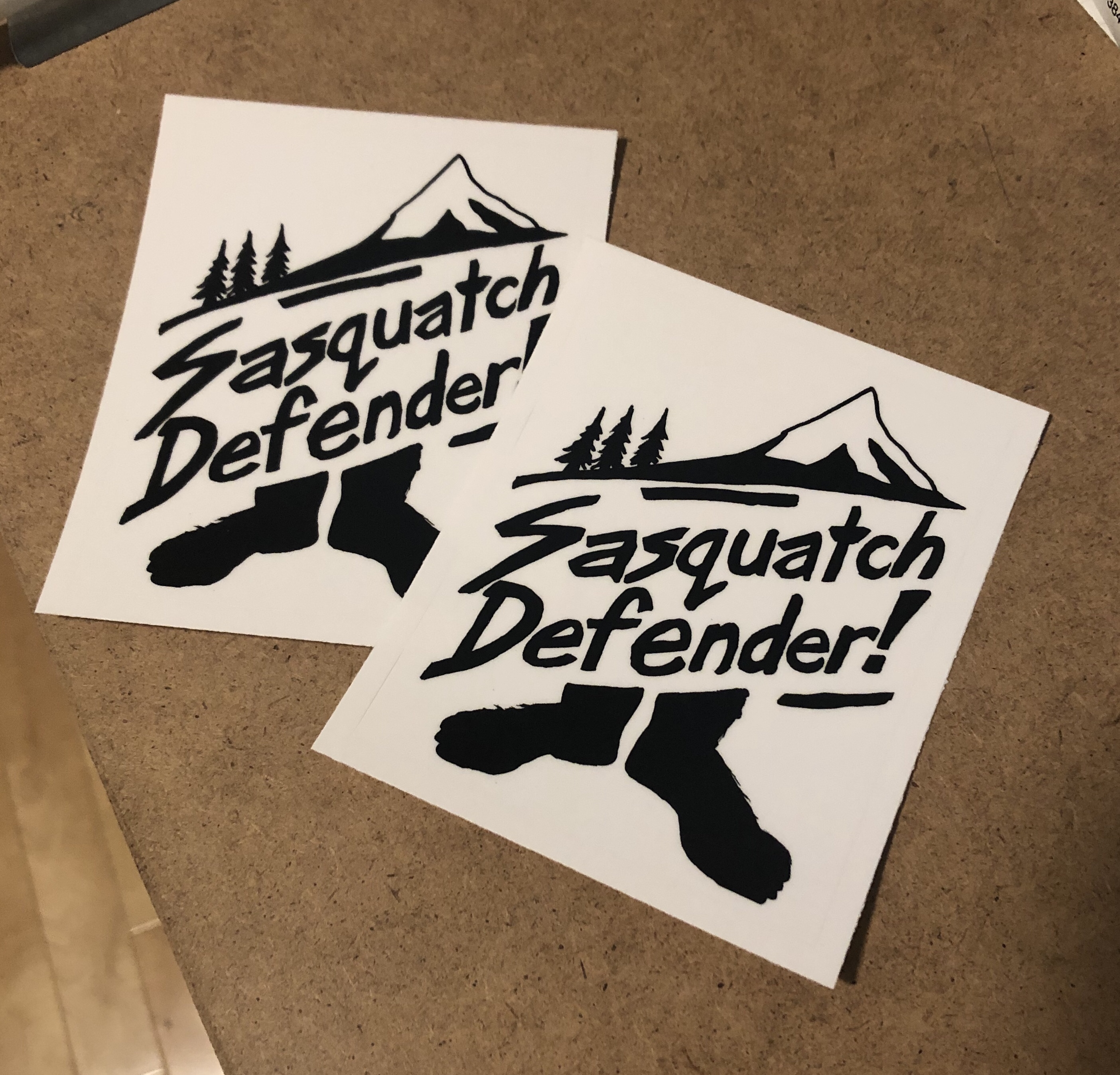 3.25" x 3.75" vinyl sticker. $1 from the proceeds of each sale will be donated to legitimate environmental groups that work to protect the natural habitats bigfoot probably lives in.

The Sasquatch Defender project started as a silly passing thought where I wondered if more people would donate money to a nature preserve if I said it was dedicate to restoring bigfoot’s habitat. I figured protecting the habitat bigfoot likes would also benefit a lot of other woodland creatures. It seemed fun, and I saw myself becoming the impressario of a large animal preservation empire.

Then I watched Tiger King and realized I was not the ideal candidate for getting mixed up in that kind of nonsense.

However, it occurred to me that I could make some cool stickers to sell and donate a portion of the proceeds to legitimate environmental groups working in Sasquatch’s historical range. Groups like Friends of Trees or SOLVE Oregon. I feel like both these groups have done a lot to preserve and expand what’s left of bigfoot territory in the Pacific Northwest. This would give me a cool, manageable project with an altruistic goal, and none of those annoying cult leader responsibilities other self-made large animal “preservationist” have had to engage in.

For every Sasquatch Sticker sold, $1 will be donated to a legitimate organization that does environmental stewardship of the type necessary to bring bigfoot’s population back up to whatever it used to be.